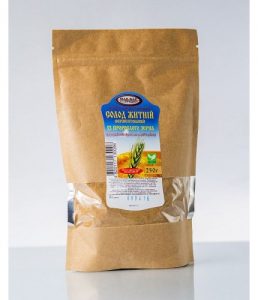 The exceptional value of the sprouted grain is that at the time of germination in the grain, processes established by nature for procreation take place, all the energy of the grain is accumulated, the content of vitamins of group B, PP, and also vitamin E, which is found only in the germ of the grain, increase several times. Thus, sprouted grains are a powerful stimulator of the body:

-regulate and restore vital processes in the body at any age, increase immunity, contribute to immunity to colds;
-increase efficiency and improve sexual function;
-restore visual acuity, coordination of movements, color and density of hair, strengthen teeth;
-are a preventative cancer prevention measure;
-a large amount of magnesium in sprouted grains helps to reduce pressure, remove cholesterol from the body, reduces the likelihood of heart attacks;
-are an effective way to reduce excess weight;
-improve sleep, alleviate the effects of stress;
-contain much more vitamins and minerals than other products, as well as the optimal combination of proteins and carbohydrates.

Due to its color and extreme aroma, rye malt is widely used in various recipes for rye and rye-wheat bread and other pastries. Take: adults, 1 teaspoon with a glass of liquid 3-4 times a day. In baking, use according to the recipe used.