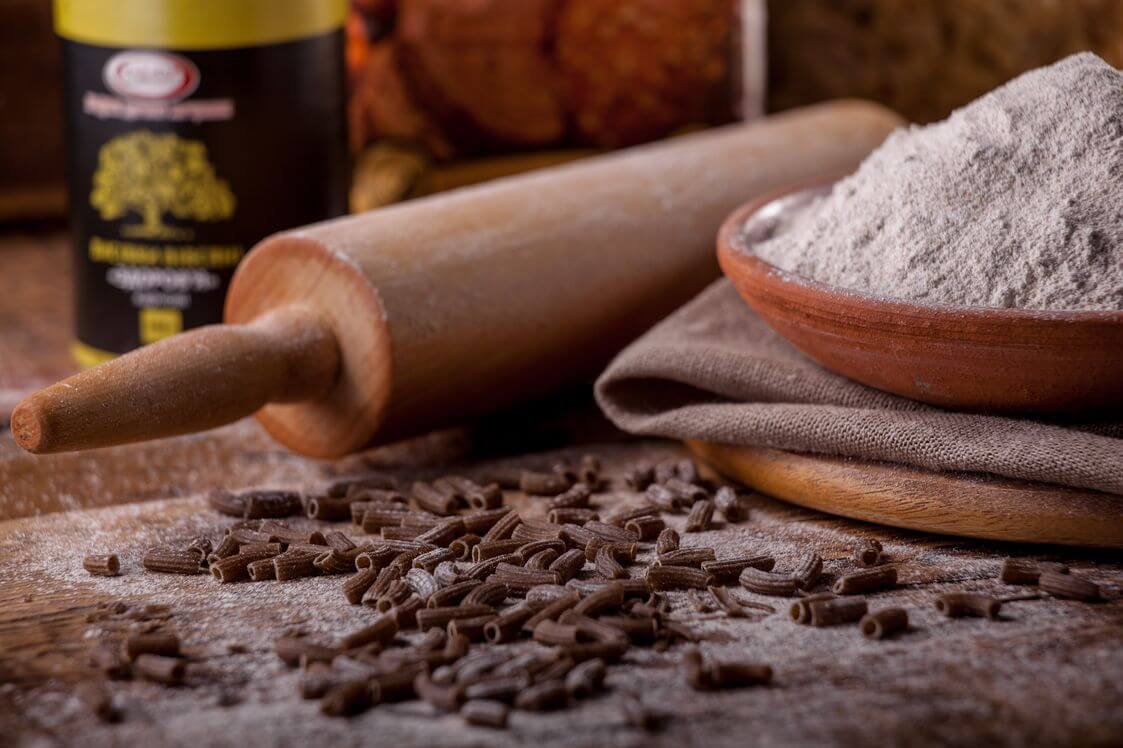 What is graham flour of whole-wheat grain?

Why are the wheat golden and the flour white?

Wheat used to be significantly darker. But human aspiration for beauty has caused the establishment of quality grinding. Flour of the highest quality differs from the first-rate flour only by the level of the «ash content» and «whiteness».

How is it made?

First of all, the membranes, aleuronic layer and germ are removed from the seed coat, this bereaves the flour of vitamins, mineral substances and dietary fibers.

All of this is considered “ballast” layer and goes to bran.

Than the flour with the particles of mineral substances goes to the second-rate quality.

Our ancestors produced flour on the primitive burr mill, where the grain was entirely milled, without being graded, that is, you used to get what you have put into.

But, still there are some drawbacks:

Firstly, all the trash was milled together with the grain;

Secondly, the “sand” that appeared during friction of the mill-stone got into the flour.

Our original technology has given us a possibility to produce graham flour with the on the modern equipment with the use of ancient principle of coarse grinding and to eliminate all the stated drawbacks!

All the vitamins and mineral substances are present in the graham flour of whole-wheat grain. It contains cellulose and the germ.

After having got acquainted with our products Kyiv National University of Food Technologies has given its opinion letter, which is written as follows:

“This flour is similar to the grain by its chemical composition, it contains significant part of dietary fibers…The human body does not digest dietary fibers, they bring the hunger and the amount of ingesta down. Due to high absorptive properties they are can excrete harmful metabolic products and radionuclides and ameliorate enterokinesis. Cellulose favours the suppression of disbacteriosis. It delays assimilation of sugar in the human body…”

How important is it?

Food ration of modern people mainly consists of refined products, that is of products the considerable part of biologically important substances of which has been eliminated. This has caused sharp increase in so-called “civilization diseases”, such as atherosclerosis, overweight, insular diabetes, osteoporosis, gastrointestinal tract diseases.

The scientists had concluded that one of the ways to resolve this problem is the production of whole wheat products or products with the addition of vegetable cellulose.

Make sure by yourself!

How healthy is it?